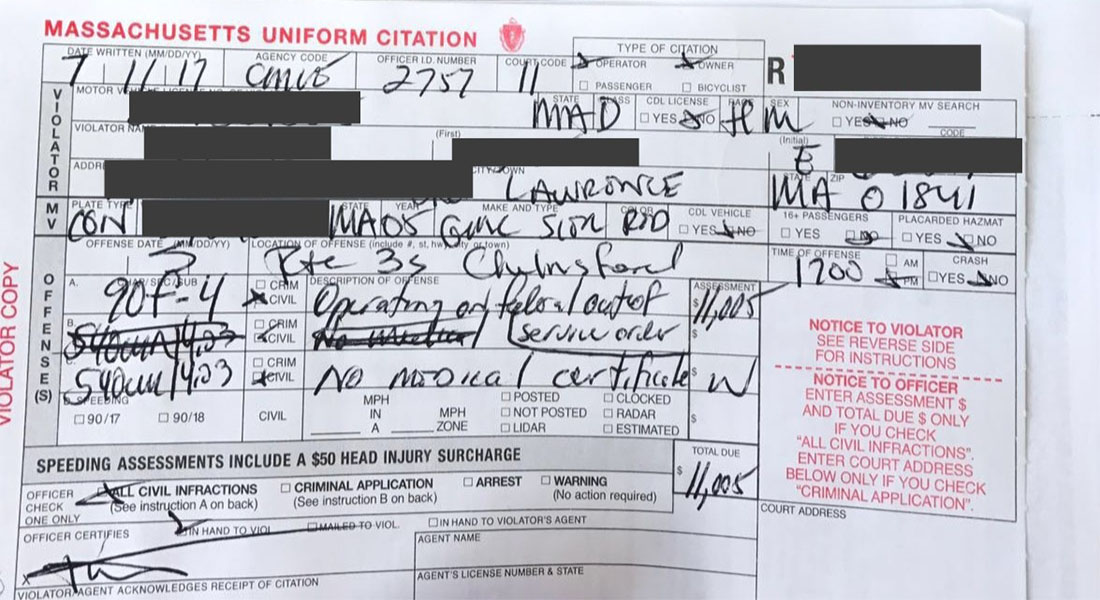 What would you do if you suddenly received a 5-figure traffic ticket?

When one Massachusetts driver faced a whopping $11,005 in driving-related fines, he turned to Off The Record for help – and he certainly found it.

The driver in question was ticketed for allegedly operating with a revoked US Department of Transportation number – something required for heavy vehicles being used to conduct interstate business. This is a charge that carries very steep financial penalties, in part because states and the federal government can both levy their own fines for the same offense.

Unsure how to handle such a massive expense, this driver chose to fight his Massachusetts traffic ticket with Off The Record. All it took was a few minutes to submit a snapshot of the ticket and answer a couple of quick questions. He was quickly matched with an experienced traffic lawyer who was ultimately able to get the fine reduced to a mere $105 – no heavy lifting required on the driver’s part!

Due to the nature of the charge, and the unusually high fine, the cost of legal representation ended up being a little bit higher than our typical flat rate. Still, our customer saved well over $10,000 – just by taking a few minutes to contest the ticket through Off The Record. Here’s what he had to say:

“Definitely worth it!!!… My attorney was great and was able to get it reduced to $105 even though I was found responsible… At the end, I was happy I chose Off The Record [to] work with me on this.”

Off The Record makes it easy to contest your traffic ticket directly from your computer or smartphone. Ge#t Started Now.